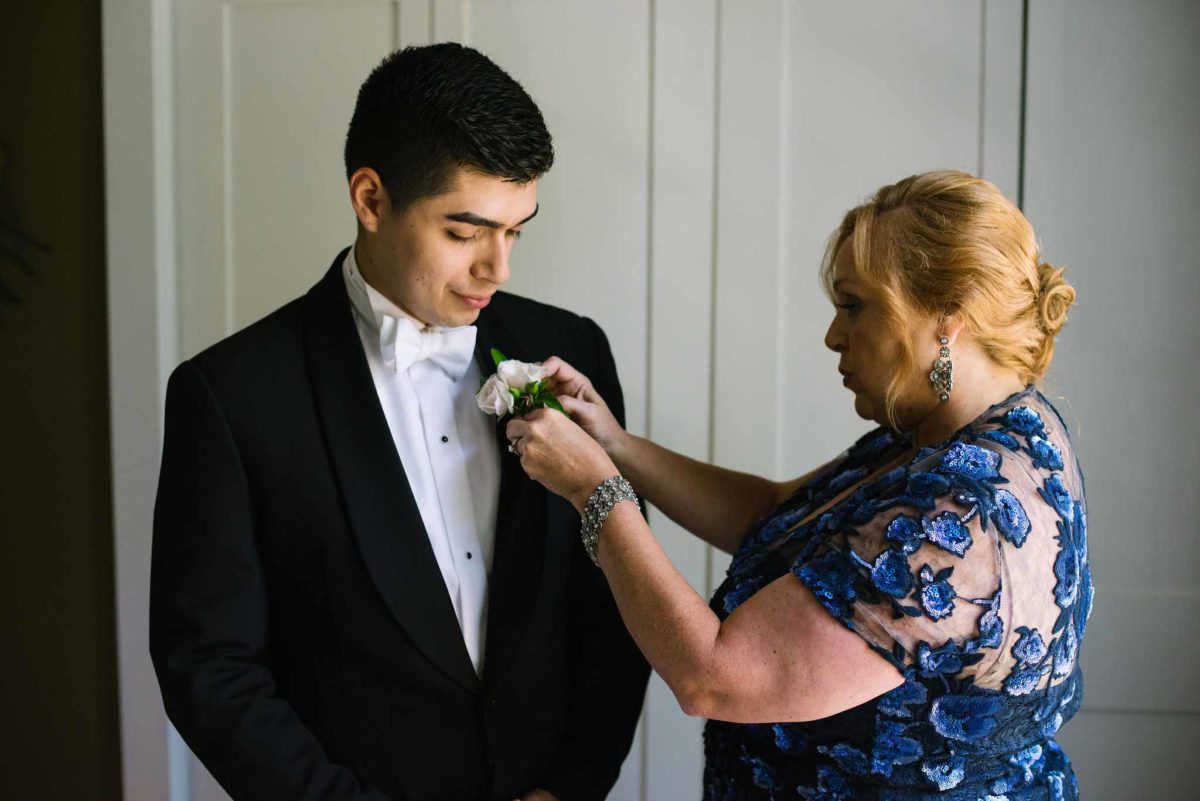 Do you know why the groom wears a boutonniere?

The truth is, there are a few theories, all rooted deep in history hundreds of years ago.

The first dates back to the egyptians and aztecs, who are believed to have worn flowers of a specific color to designate teams during sporting events. Players on a team would wear the same color to be easily identified by teammates and their fans. Imagine… flowers were the original sporting jerseys!

The second theory takes us back to medieval times, when a knight’s lovely lady would tie flowers or ribbon to his jousting pole. Since the flowers or ribbon was something that the lady herself was wearing, this was called “wearing the lady’s colors” – this act of wearing ribbon or flowers demonstrated a knight was supported by a woman’s affections, but it also meant he was fighting for her honor: not just himself. If the lady didn’t have ribbon or flowers, she would simply detach her sleeve (something that was easily done with medieval clothing), and tie that onto his jousting pole – this is where we get the term, wearing your heart on your sleeve. Today, when a groom wears a boutonniere, it can be seen as a modern way of wearing his lady’s colors.

Others believe the boutonniere tradition originated with English soldiers during civil wars – similar to the egyptians and aztecs, each side would wear a particular color or type of flower in order to distinguish themselves from the enemy.

No matter which origin you believe is the true root of the groom’s boutonniere, it’s clear this wedding tradition is a symbol of people joining together, and that’s what makes it so special.