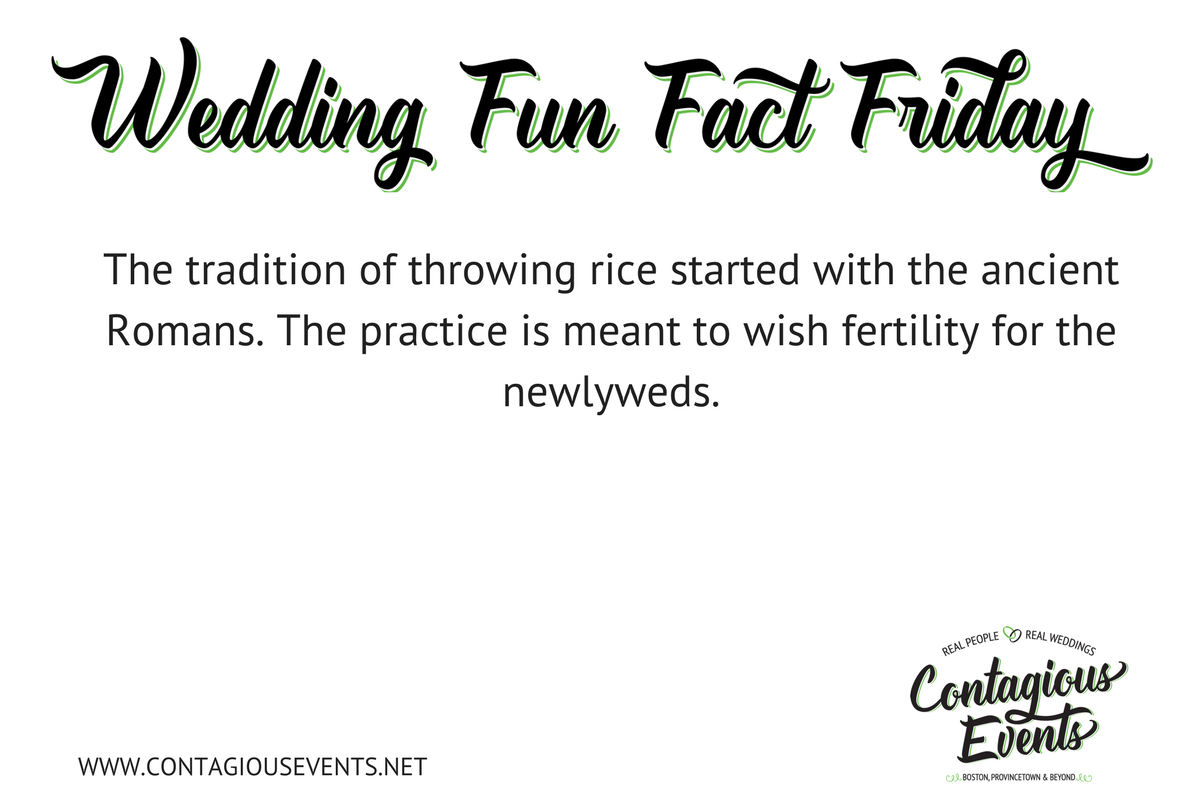 Before we get into the history of this tradition, let me start with repeating what I often say in regards to wedding traditions: the origin is usually rooted in some ridiculous belief and sexist. Like how the brides were considered property. Thankfully times have changed, and yet for some reason, we feel obligated to keep these traditions…

Today’s tradition is no different: stemmed from a ridiculous belief – however, I do love the photos that come as a result, so I guess we can keep it.

Rice was originally thrown at the couple after the wedding because it was a symbol of fertility and the first order of business after getting married was to grow your family.

Originally the Romans threw wheat, but somehow rice became the symbol for fertility and so rice replaced wheat. Some versions of the tradition say the couple was to eat the wheat or rice after it was thrown.

Today, the tradition has been modified for a variety of reasons. There was a myth (yes, it’s a myth) that the rice posed a danger to birds if they ate the uncooked rice, and even though it’s  not true, a Connecticut politician introduced a bill in 1985 that would have banned rice tossing.

Today, couples use all kinds of items for their grand exit: confetti, pom poms, bubbles, seeds, flower petals, and yes, some do use rice.

Italians throw candy and sugared nuts at the newlyweds. In Morocco, raisins are the projectile of choice.