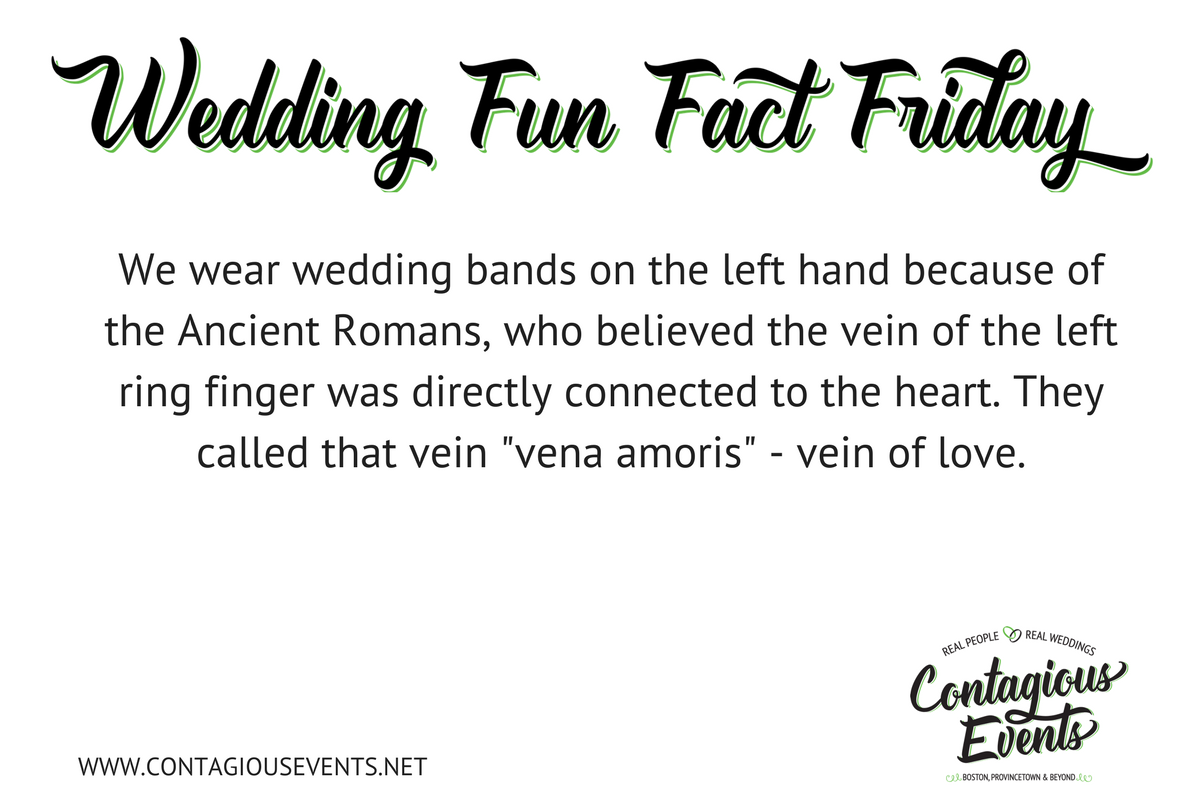 Pull up a chair, it’s time for a wedding ring history lesson:

First, the vena amoris is not a thing. It was to the romans/egyptians, but now that we have science, we know that the plain and simple truth is that there isn’t a vein that runs from the ring finger directly to the heart.

See what I did there, with the Romans/Egyptians? There seems to be some disagreement over who came up with the vena amoris thing to being with. We know it’s one or the other. Egyptians are credited as being the first to wear wedding bands – we’ve learned through hieroglyphics that the Egyptians viewed the circle as a symbol of endless love between two people.

Also, it’s important to note that not every culture wears their wedding ring on the left hand! In fact, in India, the tradition calls for the ring to be on the right hand, because the left hand is considered unclean. And in many Northern and Eastern European countries, it’s typical to see the ring on the right hand. These countries include Bulgaria, Denmark, Greece, Norway, Poland, Portugal, Russia, and Spain, to name a few.