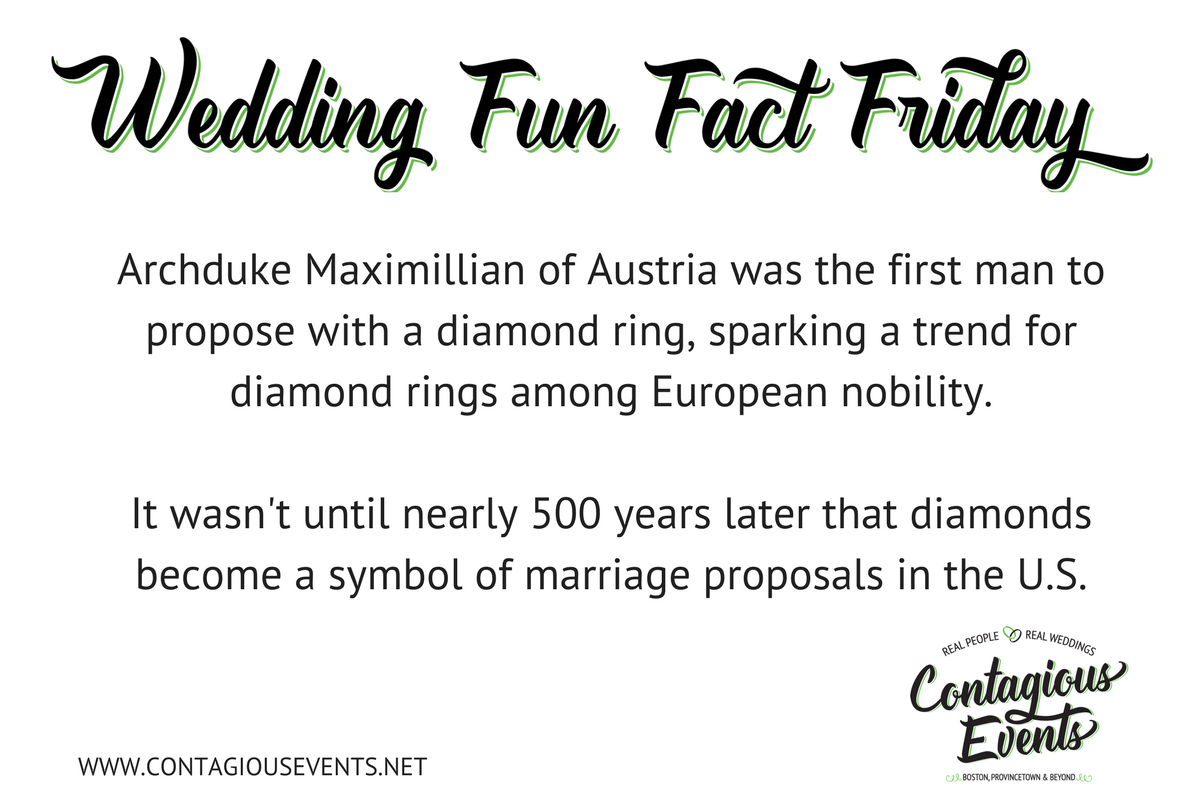 The act of presenting an engagement ring to a future spouse is believed to be tied to a Roman tradition in which wives wore rings attached to small keys. But, this isn’t as romantic as it may seem: the keys indicated the husband’s ownership of the wife.

After 1477, engagement rings became more personalized. The Victorians fashioned rings that were ornate and included not only diamonds, but other gems and precious metals. These rings often took the shape of flowers and became known as “posey rings.”

Rings from the Edwardian era also paired diamonds with other gems.

So what’s the history of the diamond engagement ring in the U.S.?

The diamond engagement ring became “mainstream” in the late 1940s.
Before that, demand for diamond rings declined heavily due to tough economic times… you know, the Great Depression.

So diamond engagement rings are just a result of Americans being targeted by a smart advertising campaign?

Well, in a word… yes. But the process of choosing a diamond has become even more personalized now: with many different options including cut, setting, material and more. Plus, we see more and more couples opting for unique rings that may not include a diamond at all!