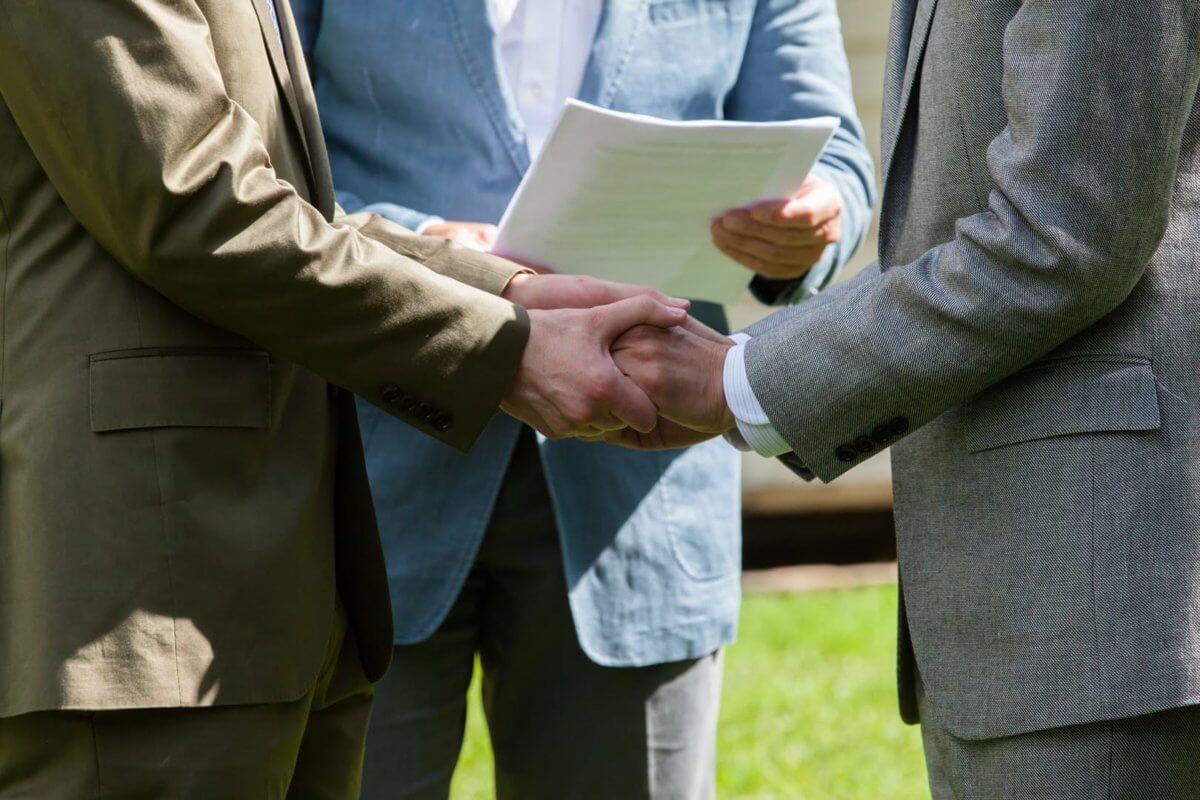 The Monday after the shooting at Pulse Nightclub, I was on the eighth floor of an office building when the alarm went off. Because this was a building with higher security than most, the alarm protocol was a little different than the average fire alarm. This building evacuated floor by floor, one at a time. The alarm was accompanied by a voice that said “an emergency has been indicated in the building. Please remain where you are and await further instruction.” ⠀

I’ll never forget the rush of adrenaline that took over and sent my body straight for the exit, down the eight flights of stairs and out. I wasn’t awaiting further instruction, because I was so rattled by this sudden realization that there really are people out there who literally want to kill me because I am gay. They’re not just crazy radicals living in the middle of nowhere. They’re in cities. They could be in my city… in my building. I wasn’t sticking around to see what the emergency was, I just wanted out. And how privileged I was, to have the opportunity to leave, in that moment.⠀

This weekend, I was reminded of that experience. I can’t begin to understand what it must be like to be a member of the POC community and have to live in a world where repeatedly, we see members of their community murdered – by radicals, sure. But mostly by non-radicals: by their neighbors. By members of their own community. By the people whose salaries are paid by our tax dollars, to serve and protect. I can’t imagine, sitting in that office building with that alarm going off daily, hours on end, and having to deal with that rush of emotion every single time it happens, and unlike my experience, have nowhere to go. I imagine it’s unbearable. Overwhelming. Frightening. Maddening.⠀

I don’t have the answers on how to fix this. I can very easily say “I don’t understand it” and check myself out of the conversation. That’s easy. It’s privilege. And it’s part of the problem. So instead, I’m donating to an organization called The Loveland Foundation, a Therapy Fund for Black Women and Girls.

One thing I’ve noticed in the wedding industry is a sore lack of diversity. If you go to any of the mainstream wedding blogs, publications… you’re likely to see it. It’s so glaring, in fact, that last year I was stopped in my tracks when I noticed a wedding magazine cover featuring multiple brides of different skin tones. I took a picture and posted on this account, because it was such an exciting moment of hope for me. I hope that we can work as an industry to me more mindful of representing diversity. I hope that we can, as vendors, start to demand more diversity from the companies we give our advertising and marketing dollars to. I hope that we can all work together to make our industry more accessible, to people of all colors and backgrounds.

I hope that our small gift to The Loveland Foundation not only provides to support to the women our industry fails to represent, but encourages a shift in the industry. I hope that you’ll join us, whether you’re a wedding client or vendor, in supporting organizations that are dedicated to make change. No one can do it alone. We must act together.

I believe that small actions, collectively, can lead to big results, like systematic change. I hope that these small actions we’re making, such as our donation, will help bring light to a very real issue and encourage even more to join in.

Photo by Julia Cumes Photography from Michael and Jerel’s wedding.