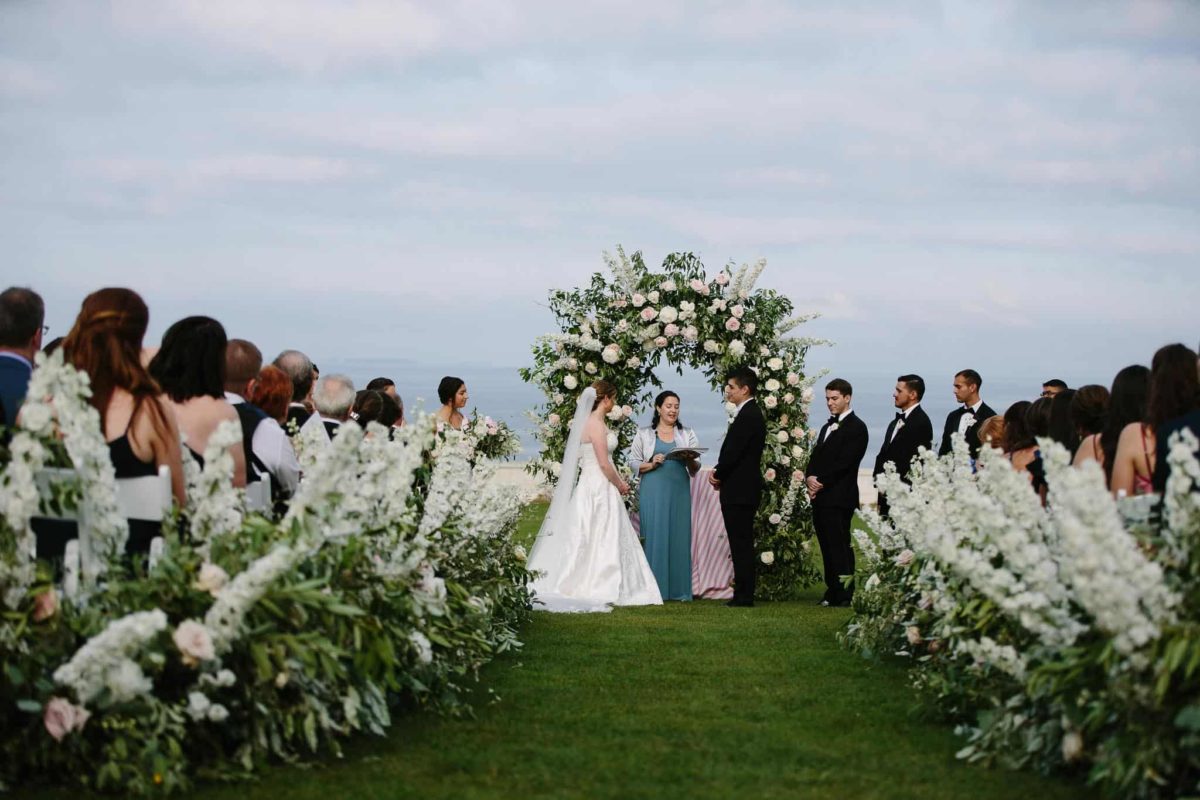 I often joke with my couples that getting married in Massachusetts is so easy, it’s a little scary. As someone who started his professional career dealing with professional licensure, I can tell you firsthand all about state government bureaucracy. But this post isn’t about me. It’s about you.

The first thing you need to know: the rules and guidelines on who can perform a marriage vary state to state; and sometimes they can vary at an even more local level: county to county, or even town to town. So this blog post is a high level overview – if you have any question or doubt, you should always check in with the city or town hall where you plan to have your ceremony.

So basically, that covers just about anyone. See, I told you: it’s ridiculously easy to get married in Massachusetts.

A member of clergy is essentially anyone who is ordained. This could be someone like a priest, rabbi, minister, etc. But it can also be someone who was ordained using an online service.

A Justice of the Peace is someone who is appointed by the Governor (or Governor’s Council) for a term of seven years; but they can be renewed so it’s not necessarily limited to just seven years.

In Massachusetts, a friend or family member can be authorized to marry you by applying for what’s called a one-day marriage designation. This is an application through the Secretary of State’s office and can be submitted online. There is a fee associated with this application; so even though it’s a personal connection, it is not free. The application can be submitted up to six months prior to the wedding, not earlier.

Things to Consider when Choosing Someone to Perform Your Marriage:

But it’s also important to consider how comfortable the officiant will be. Many couples choose to have a friend or family member marry them because it feels more personal. While this is true, there is nothing worse than an officiant who is not comfortable speaking in front of a crowd, or might not be very good at improvising when things don’t go exactly according to plan. I’ve heard of friend officiants who have actually started the ceremony before the bride walked down the aisle because they were so nervous and not at all aware of what was going on around them: they were so anxious they just wanted to get through it (poor guy). A Justice of the Peace, or a member of clergy, will have experience performing the wedding and will be able to roll with things – one time we had a mother of the bride fall off the ceremony stage, and the rabbi handled it with such poise and grace I almost didn’t know anything had happened. Almost.

This is important! How to verify who can perform a wedding in Massachusetts:

You may have read an article a while back about a New England area man who posed as an officiant and performed weddings (for a fee, of course). During cocktail hour, while the wedding party was celebrating, he would sneak into the bridal suite and steal from the wedding party’s belongings. When he was caught, it was determined that he actually was a fraud and didn’t have the proper documentation to perform weddings.

So, if getting robbed by your officiant wasn’t bad enough, imagine being told your wedding, technically, was not legal. Don’t let that be you. Here’s what you need to ask from your officiant to prove they are qualified to perform your wedding:

A member of clergy should be able to produce a clergy card, or a letter of good standing from their place of worship/ordainment with a recent date. If it’s not recent, don’t be afraid to ask for an updated one! Members of clergy can request an updated document at any time.

If your friend or family member is officiating, the state will send them a certificate after their application has been approved. It’s important they hold on to this certificate, because it needs to be mailed back with your signed marriage license after the wedding has been performed.

Photo by Studio Nouveau from Sammy and Frankie’s wedding.